So… no posts for quite a while. And that’s probably for the best. The last month has been a mad frenzy to find a new place to live after informing my old apartment that I would NOT be renewing my lease (one reason being, among others, that they used cheap, crappy materials for EVERYTHING, and that at any given time at least three things were broken, and I felt like I couldn’t have maintenance inside my apartment to fix anything without me there because of their track record of stealing stuff…but I digress).

http://canalsideconferencecentre.co.uk.gridhosted.co.uk/covid-19 Of course, when I gave my 60 day written notice I had no idea how difficult it would be to find a house to rent. I don’t know what the rental market looks like in the rest of the country, but around here houses are going INSANELY fast. As in, I get an email about a brand new listing on Wednesday night, email our agent ten minutes later asking if we can view it, and by the time he gets back to me mid-afternoon Thursday they already have three applications handed in and aren’t doing any more showings. Crazy, right? What’s even crazier is that there are TONS of houses for sale. I never really noticed until we started keeping our eyes open for rental signs in people’s front yards, but very, very few were rentals. In fact, every rental house we looked at was for sale as well. I guess owners are figuring if they can’t sell their house, they might as well get it occupied and not be losing money on the mortgage.

buy antabuse in australia But I digress AGAIN (sorry, I do that). As I was saying, it’s probably best I haven’t posted much, because it would have been a steady stream of bitching. House hunting was getting to the point that it was like a second job, all of my belongings were packed away in boxes, and I moved not once, but TWICE in two weekends. Why would I do that, you ask? (and no, it’s not because I have some crazy masochistic streak) Well, because my lease was up on the last day of the month, which was a Thursday,I figured that I’d need a few days to really clean out my apartment in order to get my security deposit back.  That’s much easier to do in an empty apartment. Plus, it’s CRAZY hard to find friends to help you move in the middle of the week. It was hard enough scrounging up a few people over the weekend. Anyway, since I hadn’t found a house yet (and no, I wasn’t lazy and waited until the last minute…I started looking in February!) all of our stuff had to go into storage before I handed over my keys.

And wouldn’t you know it….I handed in the keys to my apartment around 6pm. I went back to my mom’s house (where my temporarily nomadic family would be staying until we found a house) and got a call that we got the rental house we wanted around 8:15pm. Talk about everything coming together at the last possible minute!

So…I got the move AGAIN the next weekend. Only the second time it wasn’t nearly as bad. For one thing, we weren’t moving furniture down three flights of stairs in a building with no elevator (even remembering makes my entire body hurt). Plus, it’s a lot easier unpacking stuff into a place that’s BIGGER than the old place.

Anyways, all that business has pretty much been consuming my life lately. Now that it’s over (or will be officially over once I’m fully unpacked) I can get back to normal life. Plus, the most exciting thing is that instead of parking my car in our garage, I’m going to turn it into my studio (at least during late spring, summer and early fall). It will be no less than awesome. I love the idea of opening the garage door and being able to paint “outside.”

Funny though, to have the weight of the world suddenly off your chest. Makes everything we have now seem so much sweeter. Our new place is beautiful, and spacious, and has brand new appliances, and we’re thrilled with it. After a couple of months of life doing an unfair amount of dumping crap on us, everything is starting to really look up. It’s like the call that we got the house is the beginning of a whole new chapter. I’m excited.

To be continued. (Dot dot dot…) 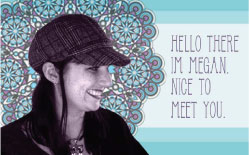